Chehalis Basin Strategy recommendations moved to June instead of March 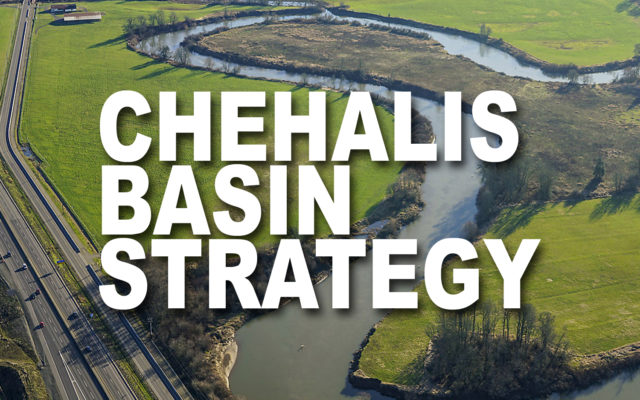 The timeline has been extended for decisions on the Chehalis Basin Strategy.

According to a release, at their March 4 meeting, the Chehalis Basin Board unanimously voted to extend the timeline for when it will share its recommendations to the governor, state legislature, and Congress for which actions should be implemented as part of the long-term Chehalis Basin Strategy.

The release states that the board will now make its recommendations in June of this year, instead of March.

“This comes as a result of the significant progress that has been made in the past year on opportunities for large-scale and Basin-wide flood damage reduction, and the additional questions and ideas that have arisen as a result of this progress.”

Officials state that the new timeline will give the Chehalis Basin Board sufficient time to more fully consider these ideas, and to increase outreach and engagement efforts to ensure “a truly collaborative process”.

The Office of Chehalis Basin (OCB) will share more information about the extension and what it means for the Strategy as a whole at its next virtual community meeting on Tuesday, March 9 from 6:00–8:00 p.m. PST.

The community can register at: https://chehalisbasinstrategy.com/get-involved/.

At the meeting, OCB staff will provide an update on projects that are ready for implementation in 2021 and which remain under active review. Chehalis Basin residents and others will have the opportunity to ask questions and directly weigh in on these potential proposed actions.

“We understand the urgency of what’s at stake, and will be moving forward a number of projects that are ready for implementation in the coming months,” said OCB Director Andrea McNamara Doyle. “The Office of Chehalis Basin and Chehalis Basin Board remain committed to this important process and to making sound, science-informed, and collaborative recommendations that will reduce flood damage and restore aquatic species across the Basin.”

Since 2012, over $75 million has been invested across nearly 100 projects that benefit both Basin communities and aquatic species.

This is the third in a series of public meetings hosted by the Office of Chehalis Basin. A meeting recording will be distributed for later viewing for those who are unable to attend.

Chehalis Basin residents and others may also contact the OCB directly via email, phone, or mail.