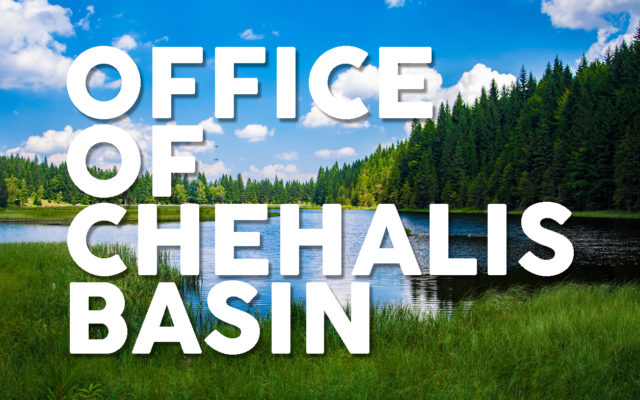 This plan allocates $70 million across a number of projects for flood damage reduction and aquatic species habitat restoration.

The exact number of projects or funding allocated to Grays Harbor is not known at this time.

On July 1, Chehalis Basin Strategy actions and investments were temporarily paused as the Board continued discussions to reach consensus around portions of the plan.

“The Chehalis Basin is an important place — home to distinct communities, vital commercial and tribal fishing and shellfishing industries, productive timberlands, significant agricultural production, and the I-5 key commercial corridor,” said Washington Governor Jay Inslee. “Meeting the twin goals of reducing flood damage and restoring aquatic species is vital to the Basin’s future. I appreciate the hard work of the board to create a shared path forward. The Chehalis Basin Strategy is a priority for Washington State, and I am deeply invested in its continued success.”

“This next step for the Chehalis Basin Strategy is especially significant now, as our region navigates the immediate impacts of climate change — drought, water curtailments, and searing water temperatures, followed by forecasts of a likely La Niña season to bring flooding this upcoming winter,” said Office of Chehalis Basin Director Andrea McNamara Doyle. “We must prioritize these urgent efforts to protect against the dual threats of flood damage and aquatic species decline.”

Highlights of the spending plan’s allocations include:

“This portfolio of actions for the 2021-2023 biennium represents the culmination of many hard conversations and a strongly held commitment to the many different needs and interests here in the Chehalis Basin,” said Vickie Raines, Chehalis Basin Board Chair. “I’m proud of what the Board has already achieved as well as the many things that this effort will go on to accomplish.”

The Chehalis Basin Strategy, led by the Chehalis Basin Board, was launched by Washington Governor Christine Gregoire in 2010 to meet two of the Basin’s greatest challenges — the alarming decline of salmon and other aquatic species, and the certainty that catastrophic flooding will once again devastate the Basin.

Following the spending plan approval, all new Chehalis Basin Strategy projects that have been on hold will now resume. Partner agencies are working to determine which field monitoring and other studies and analysis can still take place as planned this summer.