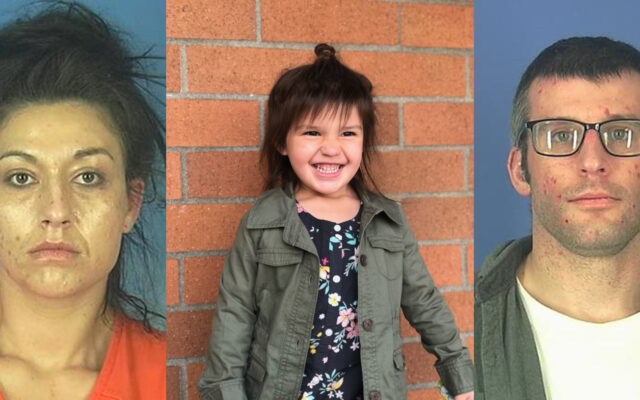 Sentencing for the father of missing child Oakley Carlson is set for next week.

Those charges are for child endangerment with a controlled substance and come after officials say that he had exposed two children at this home to methamphetamine, and allowed them to ingest or come in contact with the drug.

Grays Harbor Sheriff’s Officials said that methamphetamine from the home of Carlson and Jordan Bowers had gotten into the children’s system.

According to reports, Carlson faces up to 12 months in jail for the charges as part of his plea.

Prior to the plea, Carlson had also been facing a charge of felony abandonment of a dependent person in the second degree.

Grays Harbor County Prosecutor Jason Walker tells KXRO that a plea offered to Bowers, the mother of the children, was declined and she has instead chosen to take her case to trial.

Her trial is scheduled for April 19.

Both Bowers and Carlson have been held at Grays Harbor County Jail since December 6, 2021.

The parents have not faced any charges related to the disappearance of missing/endangered 5-year-old Oakley Carlson of Oakville. According to reports, Oakley was last seen alive on Feb. 10th, 2021.

They would also like to speak with anyone who has had direct contact with Jordan Bowers and Andrew Carlson during that same time period.