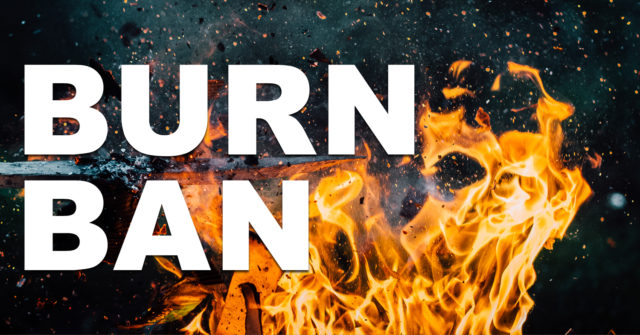 As announced by the Forest Service, gas or propane camp stoves may still be used in the wilderness backcountry and campgrounds, but should be operated well away from flammable vegetation and forest litter.  Extreme caution is urged with any open flame.

The move to Stage 2 fire restrictions is said to be in response to;

The Department of Natural Resources currently lists Grays Harbor, Jefferson, and Clallam counties all within a High Fire Danger.

Prior to the recent heatwave, precipitation levels were already below average this year elevating wildfire risk across the western side of Washington state. The recent record-breaking temperatures felt across the Pacific Northwest have resulted in more rapid drying, quickly elevating the fire danger across the state to a level not typically seen at this time of year. The safety of our firefighters and the public are top priority.

“All of western Washington including the peninsula is extremely dry this year,” said Todd Rankin, Fire Management Officer for Olympic Interagency Fire Management. “By following these restrictions, visitiors can help reduce the chance of unintentional fires, especially when firefighting resources are stretched thin with an already very active fire season across the west .”

The public is urged to be aware of the high fire danger and take precautions to ensure fire safety. Visitors to public lands should always use caution to prevent human-caused wildfires. To reduce the risk, please consider the following: