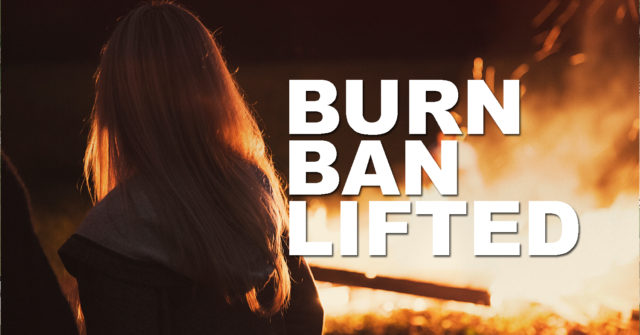 South Bend, WA – The burn ban placed on Pacific County has been lifted.

The Pacific County Department of Community Development announced that the temporary burn ban for the region was lifted on Wednesday.

The Raymond Fire Department stated Wednesday that overall conditions are still dry, and their hope was that resident be responsible and careful when burning.

Further bans could come over the next few months as temperatures rise.