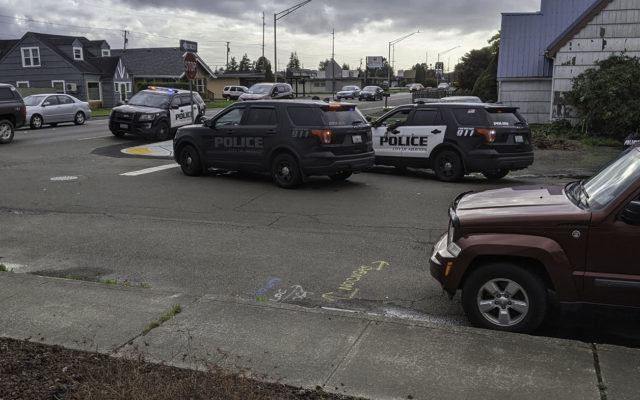 Aberdeen, WA – Aberdeen Police are looking for a suspect after an incident today at the intersection on Simpson Ave. and Conger St.
Aberdeen Police tell KXRO that they received a report from a citizen of a man pointing a handgun at another man.
The armed man had gone to a residence that was supposed to be secured but had the door kicked in.
APD says when the armed man arrived another man came at him with a baseball bat.
The armed man drew his weapon and backed off and at that point Aberdeen Police arrived on scene.
Witnesses tell KXRO that the man with the bat escaped out the back of the residence.
According to Aberdeen Police, they are looking for the suspect, who is known to them, for assault and burglary.
Police also removed multiple squatters from the house.
The armed man was licensed to carry a firearm.
No injuries were reported.