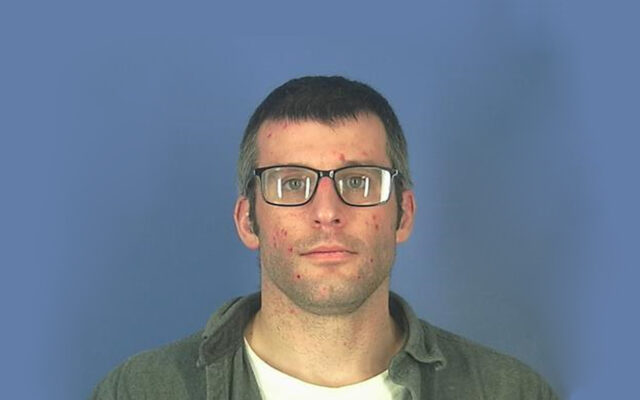 Montesano, WA – Andrew Carlson, the father of missing 5-year-old Oakley Carlson, was sentenced on Monday in relation to two counts of endangerment with a controlled substance for exposing children other than Oakley to methamphetamine.

Carlson and Jordan Bowers, the parents of Oakley, were arrested on the felony charges after it was discovered that children in their home had methamphetamine in their system.

Carlson pleaded guilty on the endangerment charges. Due to the plea, Carlson was facing an expected 6-12 months of incarceration.

Carlson had served as a police officer in prior years before falling into drug use, as noted by Prosecutor Jason Walker. He stated that Carlson was “the most responsible” of the two parents of Oakley, in relation to Jordan Bowers who also faces endangerment.

Top of range of sentencing of 12 months was recommended, including drug rehabilitation.

Carlson spoke at sentencing, stating that he is aware of the “great pain” that has been experienced during the events leading to sentencing.

“I deeply regret my failings as a father. I haven’t done a lot of things correctly in the last seven years or so.” said Carlson.

In her sentencing, Judge Svoboda spoke on the situation, saying that these charges come and are “tragic” especially due to the fact that Carlson had a law enforcement background and knowledge of the dangers of methamphetamine, especially around children.

She stated that despite Carlson’s statements that place blame upon Bowers for exposing the children to the drug, “It’s a fathers job to protect their children. You certainly failed in that Mr. Carlson.”

Judge Svoboda assigned the maximum 12-month sentence allowable for the charges, including additional requirements upon release including drug rehabilitation and no unsupervised contact with children under the age of 18 outside his household .

Carlson could be eligible for early release in August, according to Svoboda and Walker, with a review scheduled in September.

Grays Harbor County Prosecutor Jason Walker tells KXRO that a plea offered to Bowers, the mother of the children, was declined and she has instead chosen to take her case to trial.

Her trial is scheduled for April 19.

No charges have been filed in relation to the disappearance of Oakley, although both Bowers and Carlson have been held at Grays Harbor County Jail since December 6, 2021 on the unrelated charges.

The Grays Harbor Sheriff’s Office has been searching for missing Oakley Carlson since her disappearance was discovered. Oakley has not been seen since February 2021. GHSO has stated that neither parent has cooperated with law enforcement as it relates to her disappearance.

Investigators would like to speak with anyone who has seen Oakley since January of 2021, as well as anyone who has had direct contact with Jordan Bowers and Andrew Carlson during the same time period.