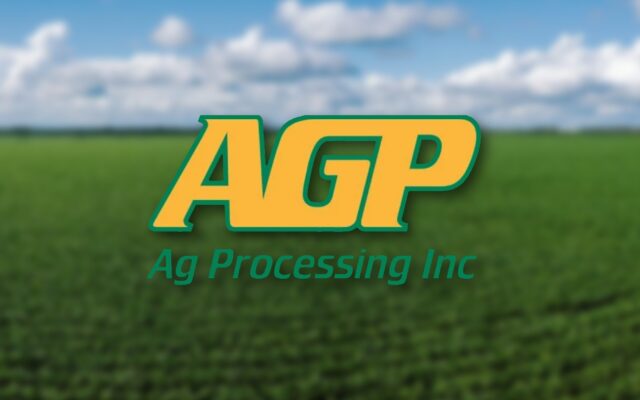 In March it was announced that Ag Processing Inc(AGP) had approved a major expansion and upgrade of its export facilities in Aberdeen.

Last week, multiple reports say that several U.S. soybean producer groups are planning to help fund the construction of the terminal that would be used to ship soybean meal exports.

Freight news websites are reporting through a press release that the Iowa Soybean Association, the Kansas Soybean Commission, the Nebraska Soybean Board, the North Dakota Soybean Council, the South Dakota Soybean Research and Promotion Council and the Soy Transportation Coalition will collectively provide $900,000 toward pre-engineering, design and site development costs for AGP’s terminal expansion and redevelopment at the Port of Grays Harbor.

The plans include upgrades to its current facilities at Terminal 2, including the construction of additional storage, and the addition of a new state-of-the-art ship loader at POGH’s Terminal 4.

The planned expansion will enable AGP to load multiple ships up to and including Panamax-sized vessels.

In March, AGP’s Chairman of the Board Lowell Wilson stated, “AGP has developed a very strong relationship with the Port of Grays Harbor leadership team. We look forward to continuing and expanding our relationship as we move forward with this project. The project approved by the AGP Board will greatly increase railcar unloading speed, ship loading capacities, and add redundancy.”

AGP’s CEO Chris Schaffer added, “With the expansion in U.S. soybean crush capacity driven by the demand for renewable diesel feedstock, soybean meal production in the United States will outpace historical increases in domestic usage. AGP’s western U.S. processing locations fit well to supply additional protein to the growing Southeast Asian and Asian markets. The U.S. currently provides less than 20% of overall Southeast Asian soymeal demand. Through the years, AGP has developed a very strong relationship with protein buyers in this region. This project will significantly improve speed, capacity, and product availability for the benefit of current and future international customers.”

Alongside the expansion, the Port of Grays Harbor has also stated that they would make improvements to accommodate the increased volume.

AGP expects operations to begin at the expansion in 2025, although officials noted that final construction decisions and the timeline are contingent on negotiations with federal, state, local, and POGH officials.