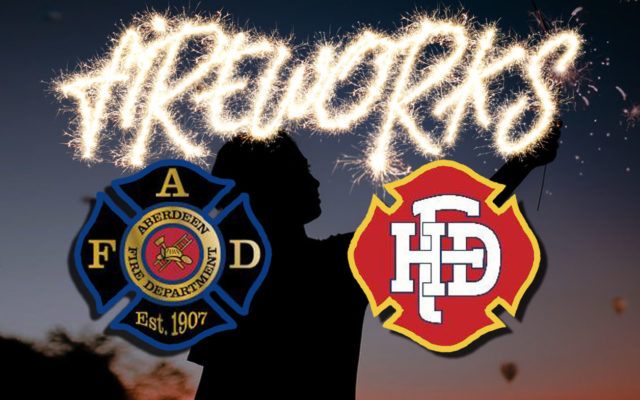 Aberdeen, Hoquiam, WA – The Aberdeen and Hoquiam Fire Departments are reminding residents that while the sale of legal fireworks in many areas of the state begins on June 28th, their cities have regulations that are more restrictive.

The fire departments also remind residents that fireworks that are legal on Tribal Land may not be legal off of Tribal lands.

They say that firecrackers, bottle rockets, missiles, and rockets are illegal in Washington State and become illegal fireworks when possessed off tribal lands.

They also recommend that a safe alternative to private fireworks is to attend a community fireworks display.

The Aberdeen and Hoquiam Fire Departments urge citizens who choose to have their own private fireworks displays to use the following precautions:

BEFORE YOU LIGHT FIREWORKS–“Be Prepared!”

AFTER YOU FINISH, CLEAN UP– “Be Responsible!”