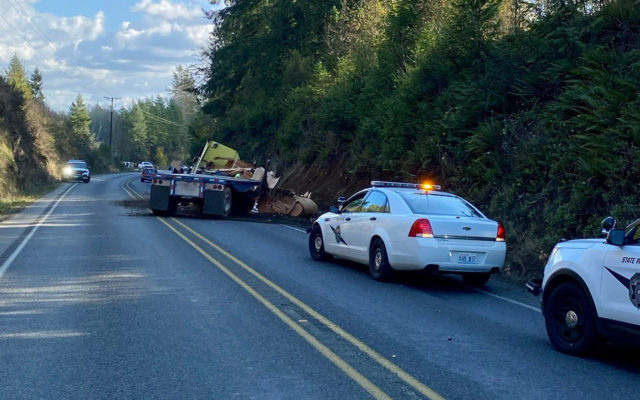 Trooper Chelsea Hodgson sent an update saying that troopers were on-scene of a non-injury semi collision on SR 12  near Oakville.

According to the trooper, the semi was hauling a trailer fully loaded with veneer, which was lost across the highway, blocking both lanes.

It is not known at this time what caused the semi to lose control of their load.

A detour was placed for traffic to move around the accident using Elma Gate Road.

Crews were called to the scene to assist with cleaning up the lost load of veneer.

#GraysHarbor: A detour is in place with traffic using Elma Gate Road to move around the collision on SR 12 at Alfredson Road. @wsdot is on scene to assist with cleaning up the lost load of veneers.