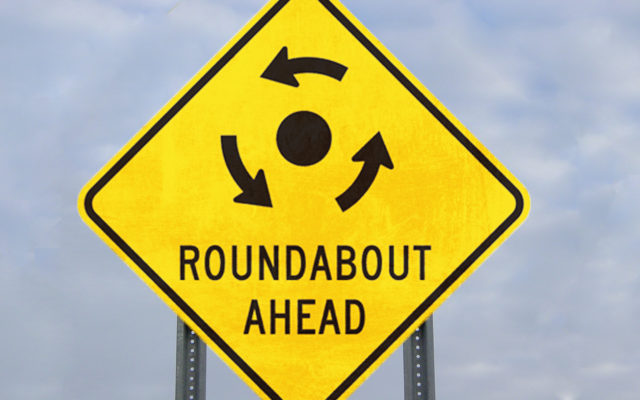 Aberdeen Mayor Pete Schave spoke to KXRO on Thursday to say that the construction process on the Aberdeen roundabout is close to completion.

He said that the opening is coming within the next week or two.

In June, the city had told KXRO that construction of the roundabout at Market, F, and Fuller Streets was moving along faster than anticipated since construction began.

Fuller Way as well as North and South F Street adjacent to Market Street have been closed since the middle of April.

Closures at the intersection were initially expected to remain in place with detours around the work area until October.

This final product comes more than five years after it was initially discussed and approved; in March of 2017, the Aberdeen City Council approved a report to sign all the documents needed to move forward with the Preliminary Engineering on the project.

At that time, Mayor Erik Larson said that the project had been a plan since before he took his position.

Earlier in August, a drone photo was posted to Facebook from above the roundabout that gave residents the first look at the new intersection, showing the unique design that is more of an oval than a circle.

Mayor Schave said that this design was intentional to assist large truck traffic.

Once completed, the project is expected to “dramatically reduce driver confusion and conflicts” at the intersection.