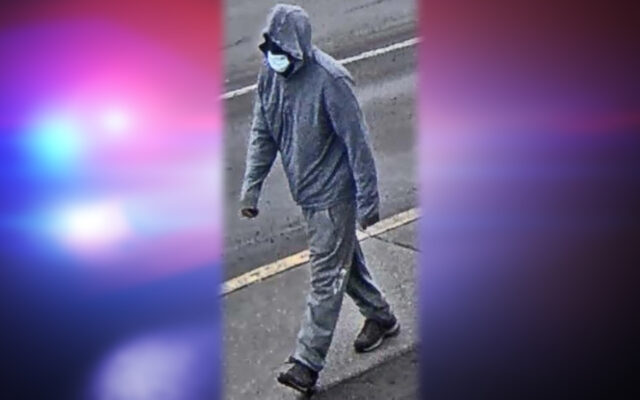 The Aberdeen Police Department is searching for a robbery suspect and asking for the public’s help.

A release from the department shows a photo of a suspect in a March 8, 2022 robbery of the South Aberdeen Subway restaurant.

The photo shows a suspect dressed in pants, a long sleeve sweatshirt, and mask.

According to APD, the person walked into the southside restaurant and demanded money from the register, indicating to staff that he was armed with a handgun inside his clothing.

Police say that the person was seen in the area of 1700 block of South Boone Streete shortly before the robbery occured.

Police believe that the person is believed to be known to residents in the area.

Anyone with information on the identity of the suspect is asked to contact Detective Jason Perkinson at 360-538-4244, and is warned not to contact the person as they may be armed. 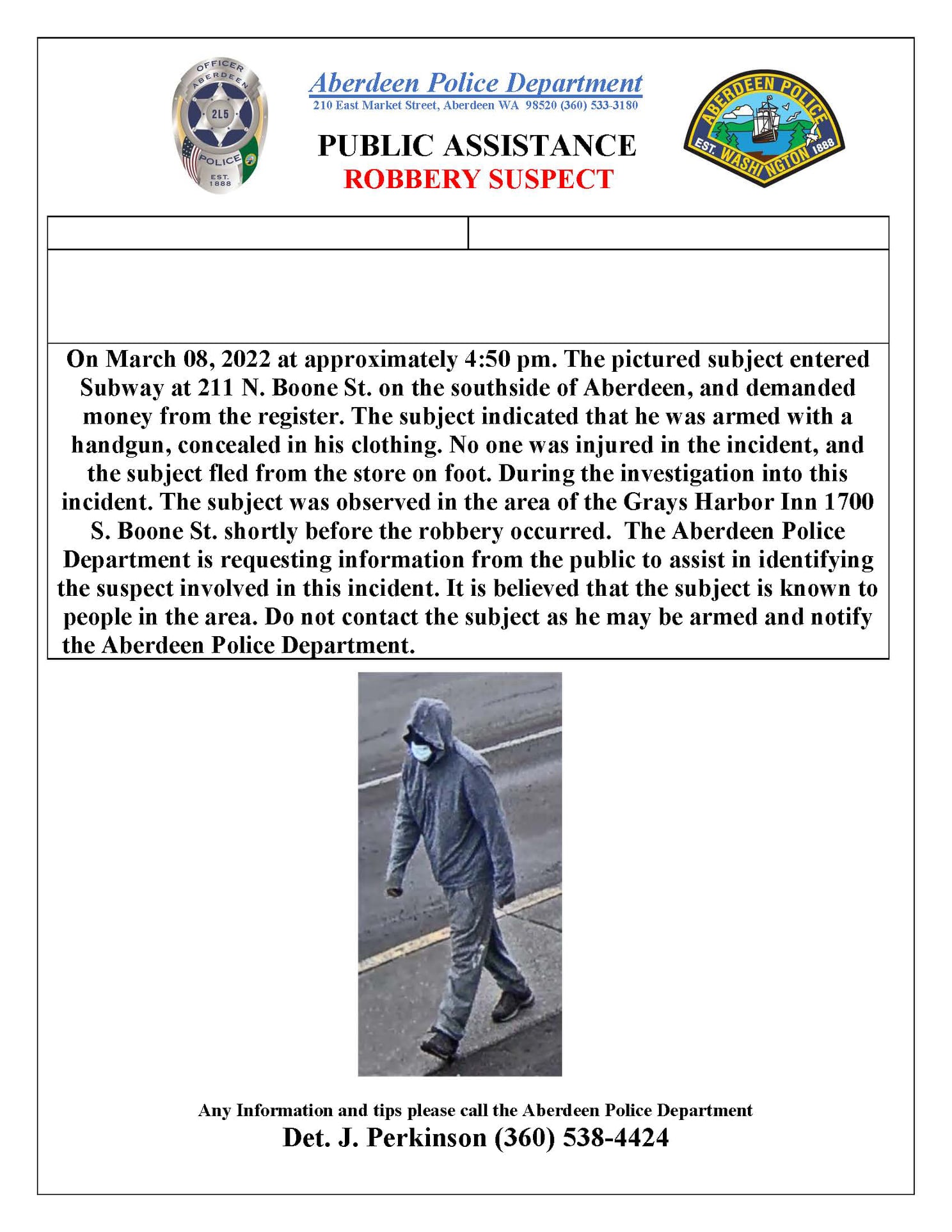