The Aberdeen City Council heard a report at their latest meeting regarding the costs related to recent homeless activity within the city.

In prior meetings, City Administrator Ruth Clemens was tasked with providing regular reports to the council regarding the costs that are specifically noted to be related to the unhoused population.

Clemens presented the council with a report on Wednesday, showing that within December 2022, the city had $16,224 in related costs.

This included over $6,000 in staff costs within the downtown cleanup, in addition to monies spent for administrative oversight, $3,600 for the use of a dump truck, nearly $2,000 in trash service, and other related costs.

$2,500 of the costs were noted as being billed to the Department of Transportation for garbage removal on DOT property near the site of the largest congregation of unhoused under the Chehalis River Bridge.

Also in the report, it stated that a total of 47 public safety calls were made to the Aberdeen Police Department attributed to areas specifically noted to the unhoused population, in addition to 38 calls to the Aberdeen Fire Department for EMS or fire response. 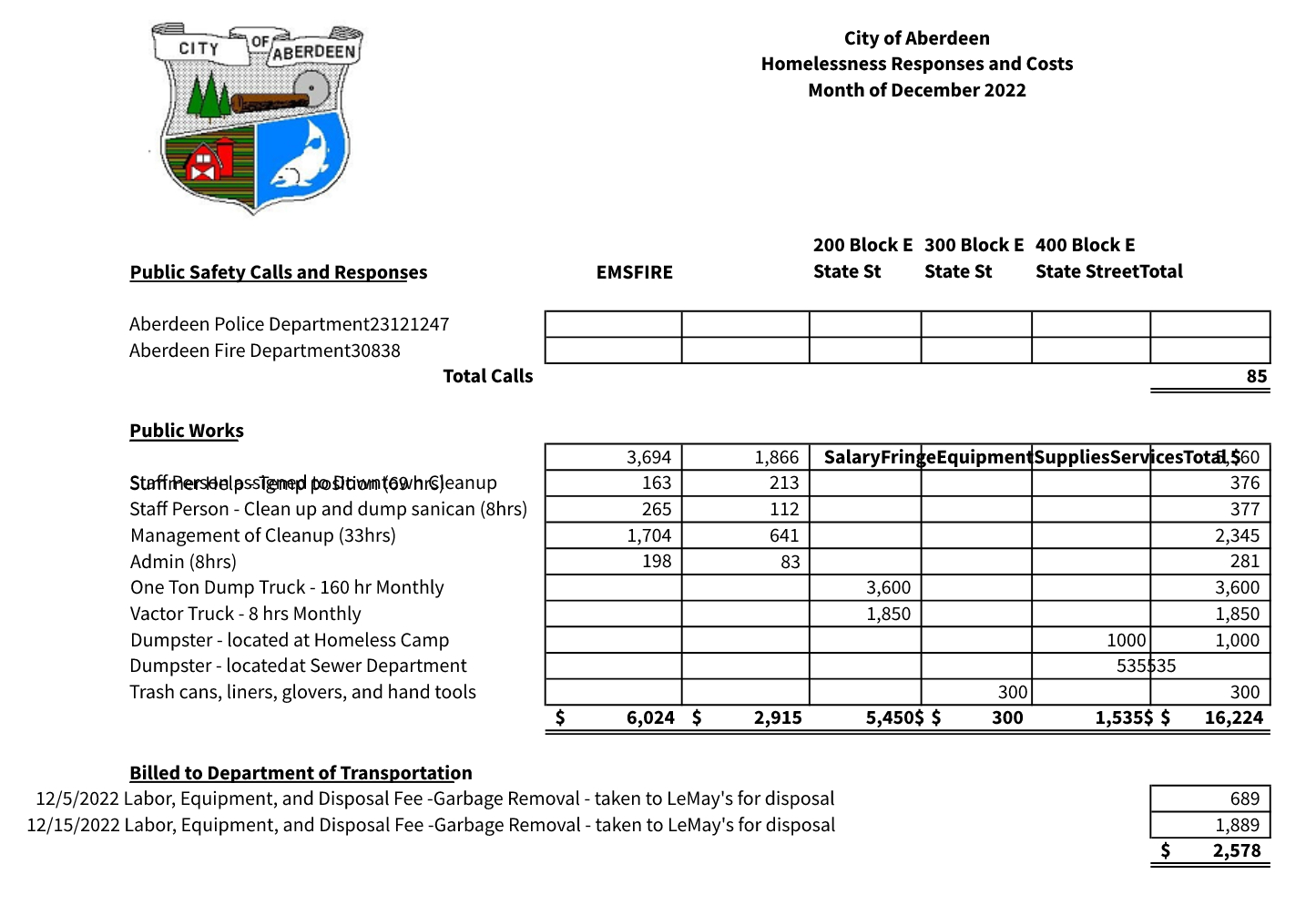 Councilmember and Finance Director Chair Liz Ellis said that this report will be an ongoing feature within the council meetings.

Mayor Schave has stated to KXRO on numerous occasions that the city is providing cleanup and other services, although the costs are consistently cumbersome without a dedicated funding source outside of the general budget.