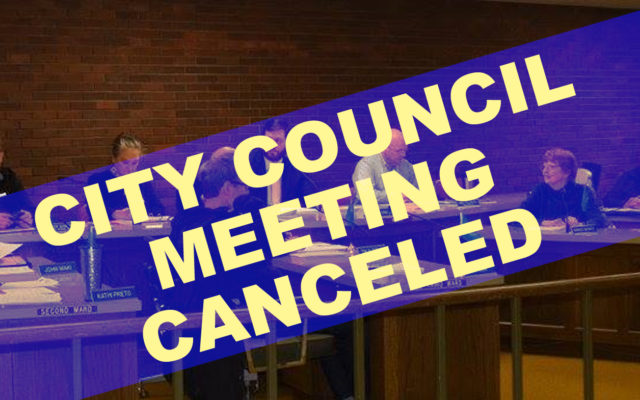 The City of Aberdeen announced Wednesday, September 25, that the meeting originally scheduled for that evening had to be cancelled.

“Public agencies with governing bodies must make the agenda of each regular meeting of the governing body available online no later than twenty-four hours in advance of the published start time of the meeting.”

According to Corporation Counsel Patrice Kent, the agenda was not posted onto the website within the alloted time, although it had been sent to council, the media, and those who were on a notification list.

Due to the online delay, the regular meeting had to be cancelled.

“The City thanks you for your understanding sincerely apologizes for any inconvenience.”

The City had previously cancelled a meeting in January due to the same issue.

Scheduled on the agenda for the meeting was a number of items, including a proposal to permit a Temporary Use at a S. Michigan Street property for a longer-term homeless encampment, as well as the third reading and potential adoption an ordinance that would prohibit public access to City-owned property in South Aberdeen near the levee.

Other items on the agenda included the purchase of computers, a contract to demolish the former Armory building, and other items.

There is no reason to believe that these items would not return onto the next regular meeting agenda.

The next regular meeting is scheduled for Wednesday October 9, 2019 at 7:15 pm at Council Chambers on the third floor of City Hall (200 East Market), although a special meeting may be called prior to that date if time-sensitive approvals are needed.

If a special meeting were called, the City would be required to provide notice to the public.