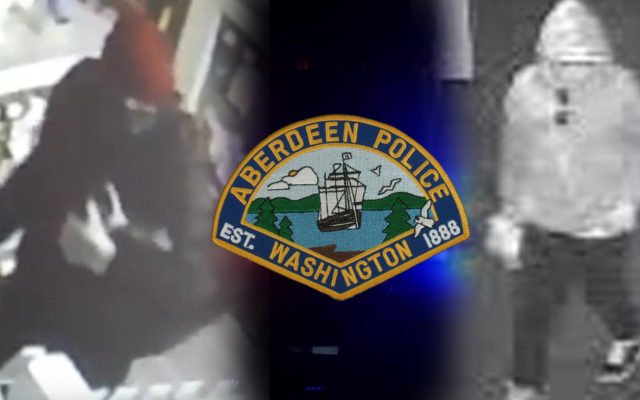 The Aberdeen Police Department is requesting the help of the public with possible identification of two commercial burglary suspects, as well as more information on the crimes.

The department released surveillance video stills of two people on Friday who they say are responsible for two recent burglaries in Aberdeen.

The small grainy photos show both suspects with their faces covered, although they may be wearing identifiable clothing seen on them prior or after the burglaries.

If anyone recognizes either subject or has more information on the crimes, please call Detective Dave Cox at 360-538-4414.