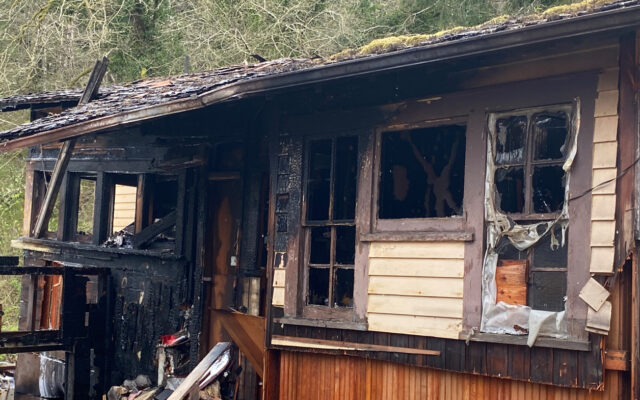 A 53-year-old Aberdeen woman was taken into custody on arson charges following a  house fire in Aberdeen.

The Aberdeen Police Department shared details about the arrest related to the fire Wednesday on Baila Way in Aberdeen.

According to APD, officers made the arrest after being called to the fire in the occupied home suspected of being started by a woman related to people who lived at the residence.

From their investigation report, officers found that the woman was allegedly asked to leave the home recently, and had intentionally set the fire.

Police say that the woman fled the scene, but was arrested shortly thereafter by responding officers.

The suspect was booked into the Aberdeen City Jail and transferred to Grays Harbor County Jail for Arson 1 st Domestic Violence, as well as other charges.

APD shared that all residents of the home were able to  escape the fire without injuries.

The investigation is on-going.