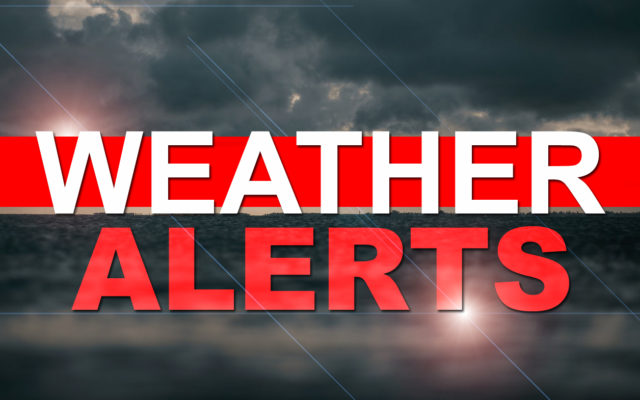 The National Weather Service in Seattle announced that Grays Harbor and a number of other counties are under a Flood Watch starting today.

The Flood Watch starts this evening and runs through Sunday evening.

NWS reports that a strong weather system will bring heavy rainfall across much of western Washington tonight through Saturday.

Generally, 3 to 6  inches of total rainfall is expected with the highest amounts over the mountains.

Snow levels will be marginally high enough for much of the precipitation to be in the form of rain.

Many rivers throughout the watch area are at risk of flooding during this time. Urban and small stream flooding is also a possibility, especially during the heaviest rain Thursday night into Friday morning.

In addition, there is some possibility that landslides could be triggered by this heavy rain though soils are not saturated at this time.

A Flood Watch means there is a potential for flooding based on current forecasts.

In Pacific County, a Flood Watch starts this afternoon and a High Wind Warning is in effect from 4pm Thursday to 8am Friday.

The National Weather Service in Portland issued a Flood Watch for portions Southwest Washington, including the Willapa Hills from Thursday evening through Sunday morning Heavy rain Thursday night through Friday night is expected to cause sharp rises on many creeks and rivers.

The heaviest rain will be in the Coast Range and Willapa Hills with totals of 3 to 8 inches.

Slower-responding rivers won`t see a flood threat until Saturday or Sunday. here is still low confidence in which rivers will be most affected, but the rivers of greatest concern based on the latest forecasts include the Grays in Wahkiakum County.

Flooding of creeks and flood-prone roads in both urban and rural areas could affect travel Thursday night through Saturday.

In addition, south winds 35 to 45 mph, with gusts up to 65 mph, are expected along the South Washington Coast coastfrom 4pm this afternoon to 8am Friday.

“Drive with extreme caution in the warning area and be prepared for flying debris.

Residents should take action now to tie down loose objects in yards. Some damage can be expected from the high winds, especially to signs, tree limbs and power lines. Power outages are possible.