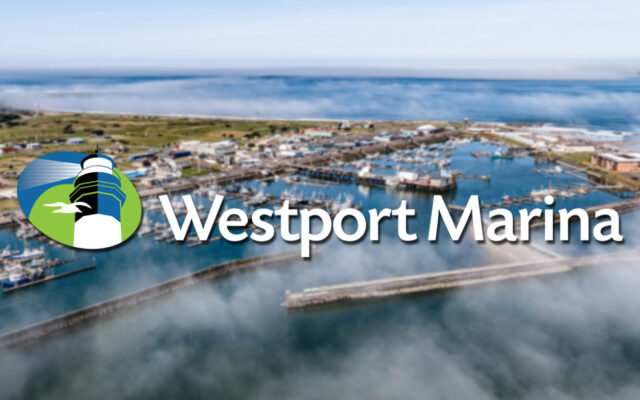 Representative Derek Kilmer told KXRO that the the House Appropriations Committee has advanced $1 million in funds towards the Port of Gray’s Harbor’s Westport Marina, which would support the Phase 1 improvements – including final design, permitting, and bid ready status – for the modernization and reconfiguration of the Marina’s floating docks to support the needs of the region’s fishing fleet.

“Our coastal fisheries and seafood industry are an essential part of our local economy,” said Rep. Kilmer. “That’s why I’m committed to ensuring that our ports and our fishermen have the resources they need to remain competitive in the Pacific Northwest. This is about jobs. I’m thrilled that the House Appropriations Committee has advanced new funding that I fought for to help modernize the Westport Marina and support local economic opportunity. I’ll keep working to get this funding signed into law.”

“We are so grateful for Congressman Kilmer’s work in securing this funding for the Westport Marina Modernization Project,” said Port of Grays Harbor Commission President Tom Quigg. “Community Project Funding at this critical early stage supports the important work of designing a facility to serve our commercial and recreational users for generations. As one of the top seafood landing ports in the United States, the Port is very proud of the role the Westport Marina plays in supporting thousands of jobs in coastal southwest Washington. Rebuilding and reconfiguration of the Marina’s float infrastructure will require multiple phases and many years to complete, and federal partnership such as this is crucial for a rural community to successfully provide infrastructure of such national significance.”

The Westport Marina is Washington State’s largest commercial seafood landing port, accounting for more than $50.6 million in seafood, ranking it 12th by volume and 15th by value of catch in the United States.

Activities at and around the Westport Marina support nearly 2,300 jobs.

In addition to supporting commercial boat owners, independent fishermen, and tourism, the Westport marina is also home to processors and cold storage facilities that seasonally employ thousands, and generate more than $227 million annual in business revenues.

“Working marinas like Westport generate operating revenues that support the on-going maintenance and service of the marina but do not financially support replacement of aging infrastructure.”

The Community Project Funding will help fund the design and engineering phases of the modernization project, which will replace the aging float infrastructure and ensure that it will be able to serve the needs of the area for another 40-50 years into the future.

“Modern moorage with the capacity to handle today’s larger vessel sizes is expected to open the door for greater revenue generation for the Port and improved economies of scale for the users of the Marina – including the hundreds of independently owned fishing vessels.”

The project is supported by the City of Westport, the Quinault Indian Nation, local fisherman, and local seafood processors.